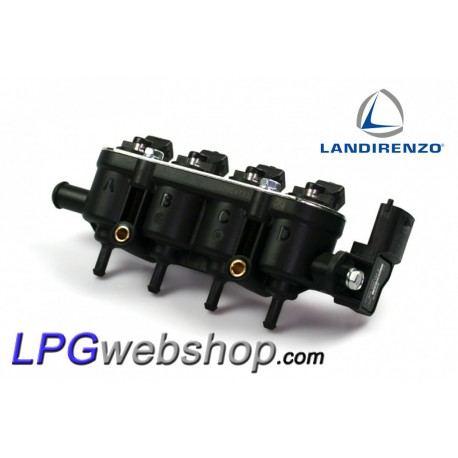 Pressure sensor may not be suitable for Opel LPG system. Check which type of pressure sensor is used on your Opel. (3.5 bar / 5.5 bar).

Otherwise order the injector rail without sensor and transfer the pressure sensor. Or order separate injectors.